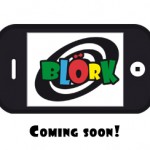 Blörk is a one-year student project. Designed for iPhone and iPod Touch, Blörk is a 2D platform game in which the player does not control the character but the world around it. The character is a sleepwalker that goes straight ahead and the player must handle the level without waking him up.

The game is now in production and will be released in October. You can read articles about my two positions on this project : Lead Level Designer and Game Designer.

After two internships at Darkworks, I chose to work in a small video game development studio because I wanted to see the differences between small and big businesses.

Therefore, during the summer of 2009, I did my third internship at Load Inc, a small video game development studio specialized in arcade racing games for the Xbox Live Arcade (Mad Tracks, Things On Wheels). After working at Darkworks which had 120 people, I joined a company of only 10 people!

During my internship, I held the position of Game Designer.