Push the puck and get it to the goal. Simple, but one rule: the more you touch it, the more your score goes down. Why? To push the player to throw it again the walls and make it bounce. It is fun and I started working anew mechanics on top of that (collectables, bouncy walls…). 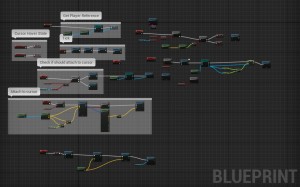