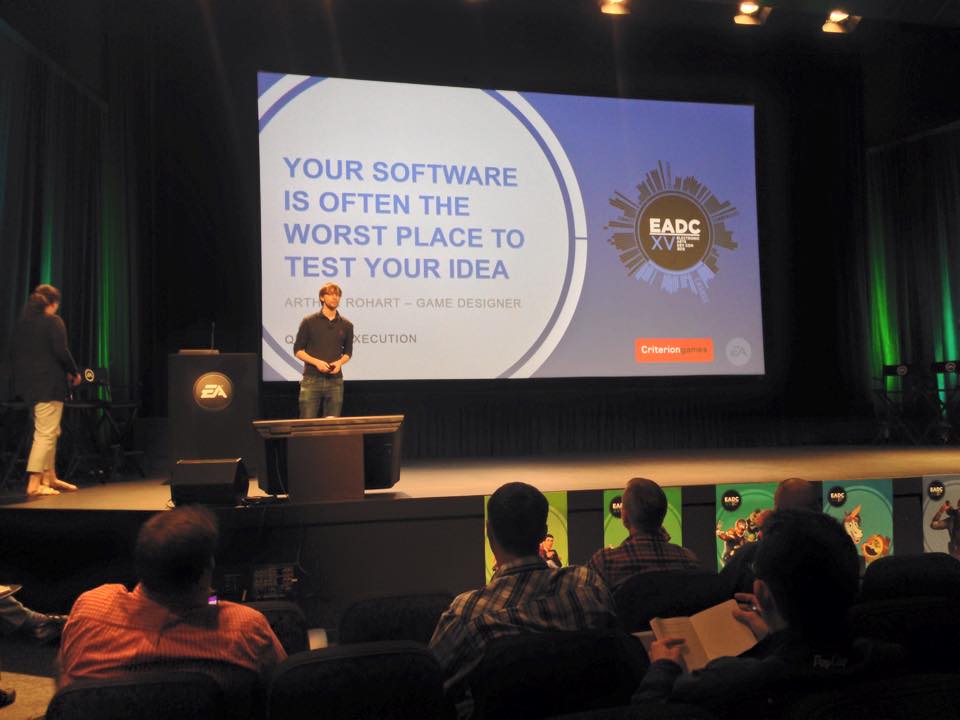 Back in April 2014, I went to the EA Developper Conferences in Redwood shores and did a talk about how rapid prototpying using my romantic french accent. The thing is that it mostly happened by accident!

A few weeks before going there, we received an email asking if we wanted to share quickly an idea or opinion for 1 to 2 minutes. So I decided to say something – at that time it was supposed to be a simple “pass the mic in the audience” thing. But about a week before the conferences, I received a powerpoint template asking to make it a real talk! I only had less than a week, finished it on the way there and did a few repetition. And I was getting even more nervous when I realized that it was going to be on a proper stage – not just a simple room that I’m used too!

But it all went well – I had some great feedbacks about the ideas and my presentation skills (people really like the “inception exemple”0. So, I guess the morale of the story is that you are never truly ready for thing, so you just need to use every opportunities to improve, especially when it is about stepping out the comfort zone.